2019
"Siberian Children" focuses on the personal aspect of collective memory and discusses the status of repressed people and their fate. All the women portrayed in the video were deported to Siberia as children during 1949. march deportation.
The video portrays six women on a moving tram in Tallinn. The women are silent and looking at the camera, but the tram is travelling along its predetermined path. The uncontrolled movement of the bodies during a tram ride (jerks, shakes) parallels the social precarity of the women in the power of shifting regimes.
The sound accompanying the work is based on the songs Estonians sang while in Siberia and it's made by an Estonian musical collective Eeter. 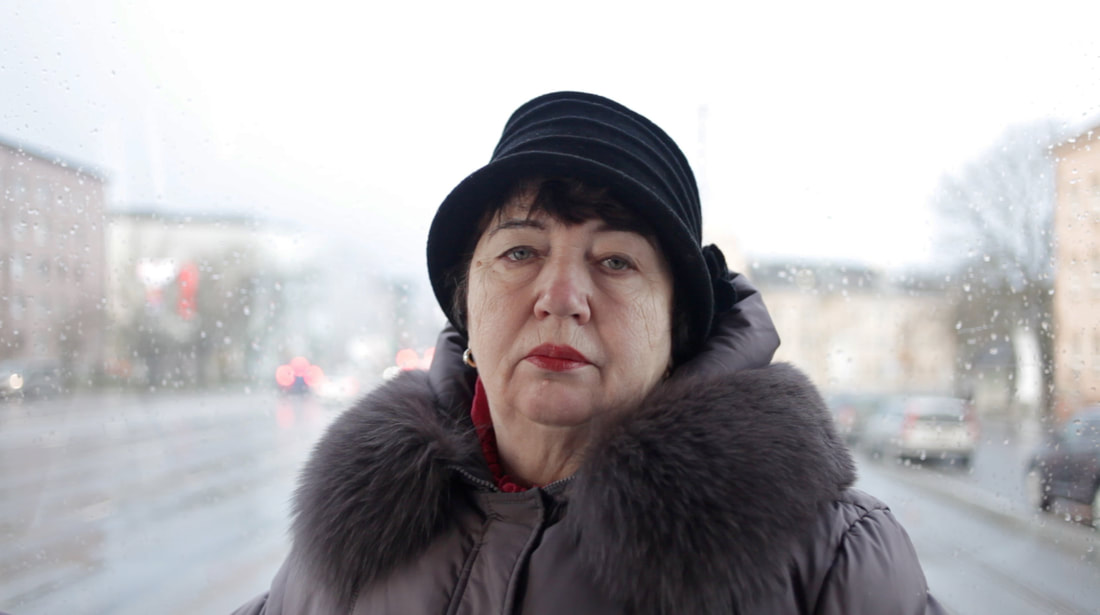 Still from the video
Teaser